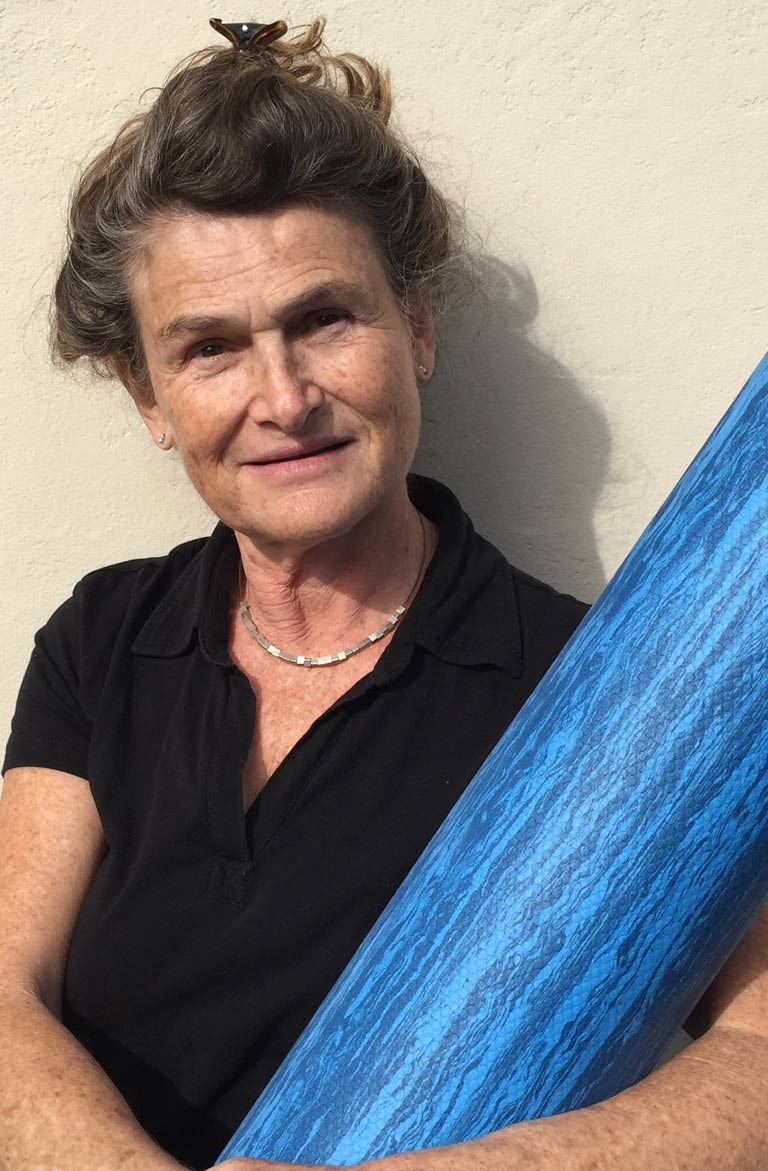 Jane is currently devoting her time to running core stability classes at the Royal Hospital for Women in Randwick, Sydney and as well in Woollahra.
Fitness for women is a lifetime of commitment, and while we recognise women are not good at finding time for themselves , the Fitseniors Group is testament to how finding that time gives positive results.  ” I cannot be more proud of the women who have made that commitment, attending weekly , some for nearly 15 years now. Compared to their peers, who I see in other walks of life, their fitness levels never fail to impress me.”

Having provided core stability classes for women from pregnancy and after, Jane now is thrilled to have so many women return, now as grandmothers.

Following is a short background to Jane’s exercise career – for those who have the time to read it!

From the moment she knew she was pregnant with daughters Rachel and then Talia, Jane has been passionate about exercise and women’s health.

She co-founded Australia’s first pregnancy fitness class. Physiotherapists are known as the pioneers in the exercise industry and her work is based on classic pregnancy exercise developed by those obstetric physiotherapists before her.

Allen & Unwin commissioned her to write her second book Powering though Pregnancy in 2003.

Jane was fortunate indeed to have the rare opportunity of being “support physiotherapist” to women in labour in the Labour Ward of the Royal Hospital for Women in Paddington. Those unforgettably privileged and rewarding 3 years, her presence at that magical moment of birth for so many women, has left a deep impression, an understanding of the resilience and needs of women in labour. She is grateful to the midwives who so willingly accepted her as part of their team.

Enjoying the widespread support of most of Sydney’s leading obstetricians  the practice thrived, becoming Sydney’s most successful provider of Childbirth Education and Pregnancy Exercise classes. One of the partners in the Practice, Beulah Blieden, up to her retirement, dedicated her professional life to become Sydney’s leading physiotherapist in Pelvic Floor dysfunction. Thanks go to Beulah for teaching Jane most of what she knows about exercising the pelvic floor muscles.

But in Jane’s words, there is nothing like “the real thing” to help develop an understanding of the physical needs of women through these dramatically changing months of the childbearing year. Knowing how women need to adapt to their ever-changing body, knowing which muscles need strengthening, which need to stretch.

The “hands-on” face-to-face contact involved in daily teaching has led to the two-way learning process that is the essence of Jane’s approach. She is indebted to the hundreds of women who have attended her classes and become an integral part of that joint learning curve.