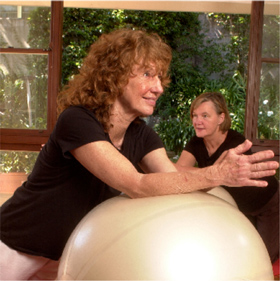 “Green Housing” my old age when it comes

He Broke the Law to Build a Better Nursing Home
One doctor’s radical crusade to change how we think about aging
February 3, 2016

Credit: The Washington Post
Part of the TRANSFORMING LIFE AS WE AGE SPECIAL REPORT
Dr. Bill Thomas, a Harvard-trained physician and a 2015 Next Avenue Influencer in Aging, has a message he’d like to share with the world: Growing older is a good thing.
A recent Washington Post story highlighted Thomas’s crusade to change attitudes about aging and encourage people to think of “post-adulthood” as a time of enrichment. “Thomas believes that Americans have bought so willingly into the idea of aging as something to be feared that it has become a self-fulfilling prophecy leading to isolation, loneliness and lack of autonomy,” the article stated.
In 1991, Thomas became the medical director of a nursing home in upstate New York. He found the place, as the Post put it, “depressing, a repository for old people whose minds and bodies seemed dull and dispirited.”
Animals in a Nursing Home
So, what did Thomas do? The Washington Post explains:
“[Dr. Thomas] decided to transform the nursing home. Based on a hunch, he persuaded his staff to stock the facility with two dogs, four cats, several hens and rabbits, and 100 parakeets, along with hundreds of plants, a vegetable and flower garden, and a day-care site for staffers’ kids.

“All those animals in a nursing home broke state law, but for Thomas and his staff, it was a revelation. Caring for the plants and animals restored residents’ spirits and autonomy; many started dressing themselves, leaving their rooms and eating again. The number of prescriptions fell to half of that of a control nursing home, particularly for drugs that treat agitation. Medication costs plummeted, and so did the death rate.
“He named the approach the Eden Alternative — based on the idea that a nursing home should be less like a hospital and more like a garden — and it was replicated in hundreds of institutions in Canada, Europe, Japan and Australia as well as in all 50 U.S. states (the animal restriction in New York was voted down).”

Thomas has also pioneered small, intimate residences that he calls Green Houses, where residents have their own bedrooms and bathrooms.
The result: “Within six weeks, they had to send a truck around to pick up all the wheelchairs,” Thomas told the Post. “You know why most people [in nursing homes] use wheelchairs? Because the buildings are so damn big.”